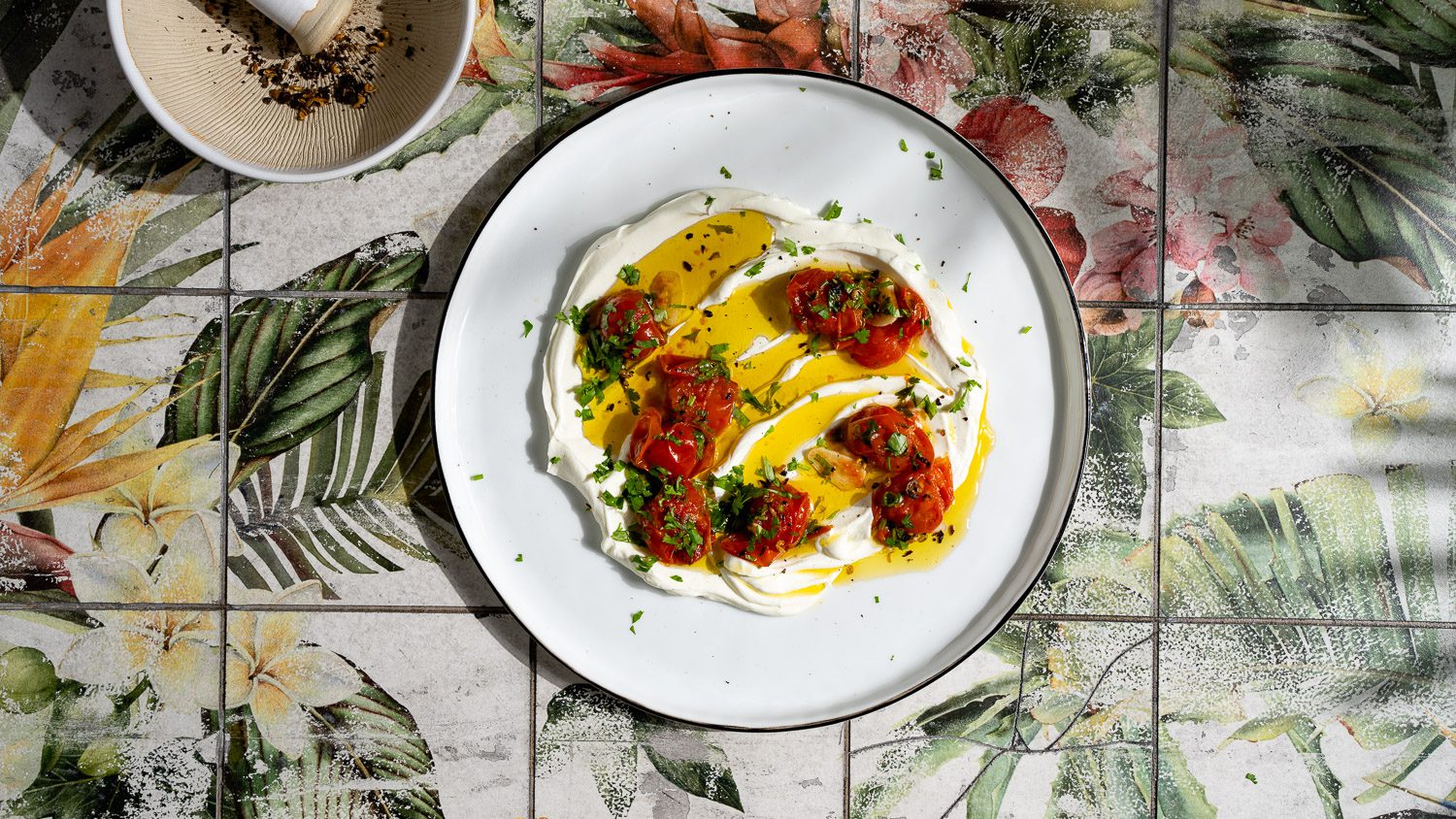 Szechuan pepper is a thing in itself. I love the really special taste and somehow I'm also totally into the funny effect when the tongue is slightly numbed by this pepper. Of course, I have overdone it once and could only communicate slurring my words (and laughing). But I was so taken with this treacherous spice that I really wanted to experiment with it. The result was an incredibly delicious plate with creamy labneh, tomatoes braised in olive oil and garlic and, of course, a pinch of Szechuan pepper.

I don't need to say much more about the creamy Labneh cream cheese, do I? Just put the yoghurt with a little salt into a straining cloth and let the whey drip off - done.

For the fantastic fruity topping, you need a few aromatic cherry tomatoes, some coriander, garlic and a lake of good olive oil. The tomatoes and garlic are then stewed in the olive oil at a low to medium temperature until everything has softened nicely. The special guest here is, of course, the Szechuan pepper, half of which I add to the olive oil during the stewing process to flavour the oil.

Then it's just a matter of spreading the labneh on a large plate or several small plates, pouring over stewed tomatoes and flavoured olive oil and garnishing with coriander and another pinch of Szechuan pepper. The contrast of warm, sweet tomatoes on cold, tart labneh and the crackle of pepper on the tongue is absolutely great. So grab a piece of pita bread right away and wipe the plate clean with it.

Recipe for labneh with stewed tomatoes and Szechuan pepper 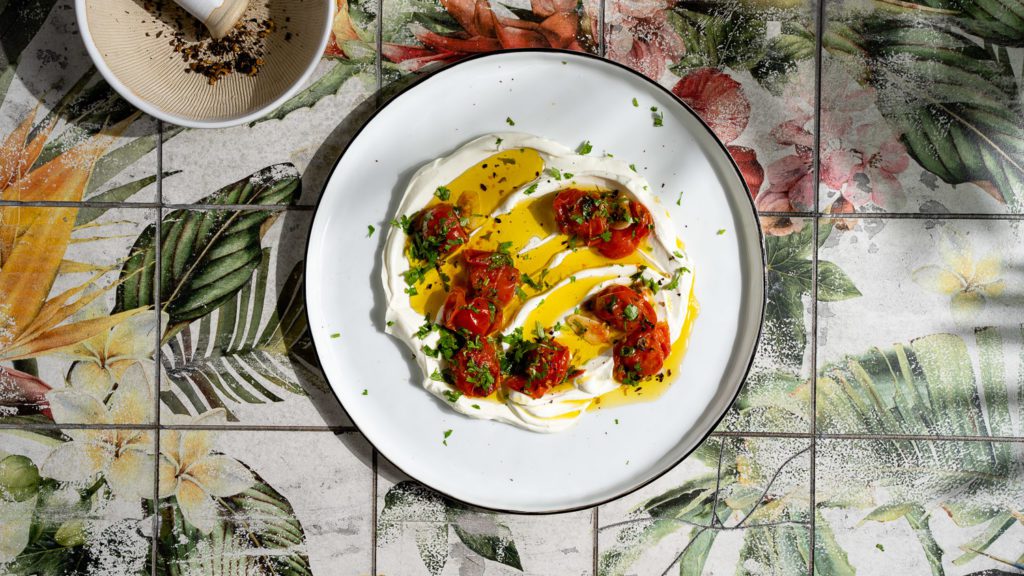 If you fancy more labneh variations, be sure to try labneh with kafta or, for dessert, labneh with caramelised beetroot. 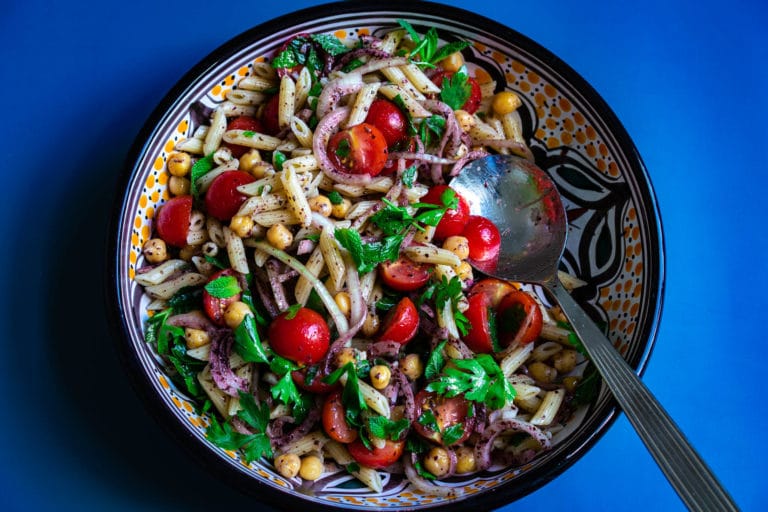 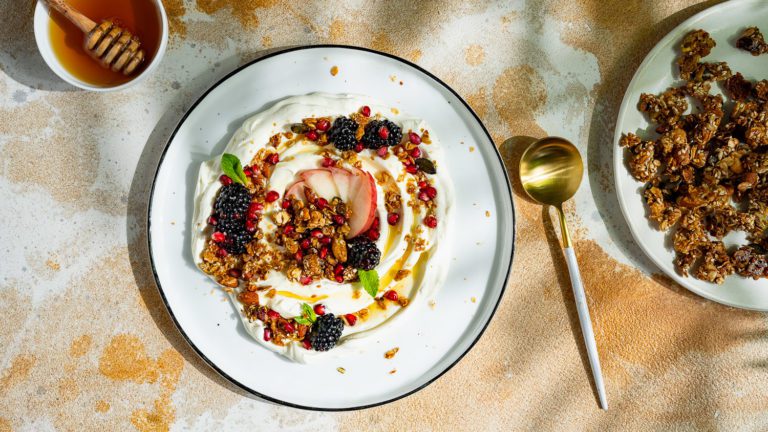 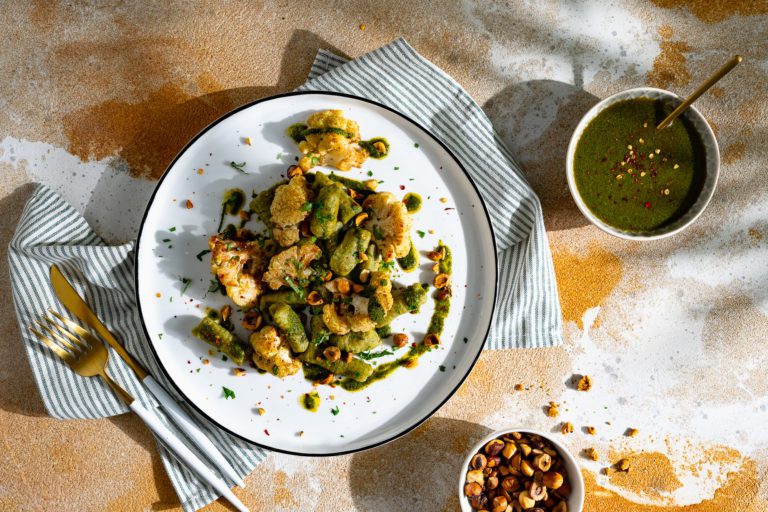 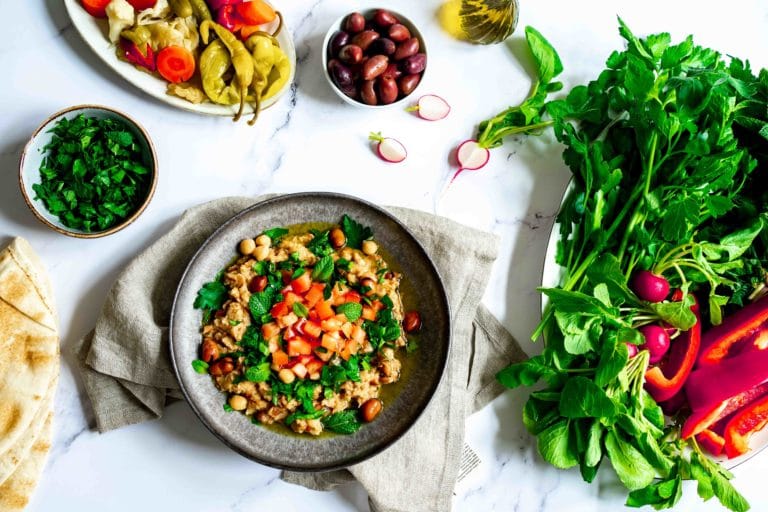 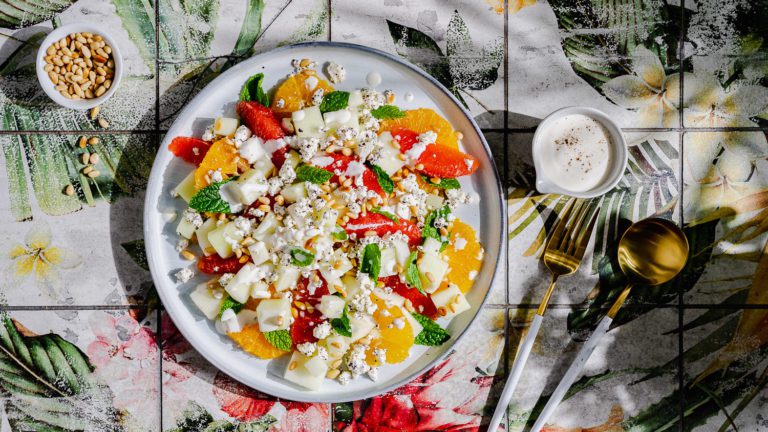